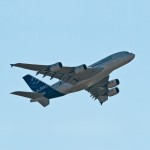 Last July, in Spanish airports there have been a record 23.1 million passengers. The amount of visitors  has been beaten more than the previous record of visitors to airports in Spain. However, they have been especially some airports in several regions which have led to this record, including, of course, Alicante Airport.

Specifically, the three airports on the Balearic Islands have managed to beat his personal record of passengers as well as the Barcelona-El Prat Airport, which increased 5.7% passenger traffic near 4.2 million. Furthermore, the Madrid-Barajas Airport has also seen a remarkable rise.

And we say that this July has been the happiest of airports in Spain for a long time because it was the month that marked a final growth of 5.5% over the same month last year. The record was 22.63 million passengers, a figure that was marked in 2011, now surpassed by just under half a million people.

While the total number of 16.5 million passengers boarded in international travel, an increase of 5.5% over last year, domestic flights have also experienced a flood reaching 6.45 million, which would be an increase 6.3% more than in July 2014.

Alicante Airport is also growing along with the rest

Meanwhile, Alicante Airport is not far behind in terms of development, as it were recorded 1,250,395 passengers, marking a growth of 3.8% compared to July last year.

Clearly, a major cause of this increase has been the international tourism, which is reflected in the fact that only 129,000 passengers over a million there in total were engaged in domestic flights, being as you can see international flights the main triggers for this increase.

Alicante Airport is the preferred destination of United Kingdom, Norway, Germany and the Netherlands, which is not surprising, since more and more tourists from countries with colder climates than Spanish.

We hope that the figures did not descend again, and Alicante Airport will gradually acquiring more importance at the national level.