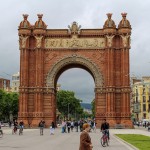 The shuttle train must unite El Prat airport to the center of Barcelona transported annually between seven and nine million passengers as planned on Tuesday the Minister for Territory and Sustainability, Santi Vila, in a statement to the media. Villa has very much appreciated the intention of the Minister of Development, Ana Pastor, to bid the project during the first half of 2015 and provided that if the work was awarded this year could be operational in 2018.

The Minister stressed that the project will cost 210 million euros – “significantly cheaper than the initial forecast” – and will be conducted through a public collaboration. The tender will take the form of competitive dialogue and according Vila, this “show the degree of commitment” state to Catalonia.

Vila recalled that project implementation shuttle train is one of the agenda items of term agreed between Planning and Public Works and consists of the strategic points that the president of the Generalitat, Artur Mas, presented the Spanish Prime Minister, Mariano Rajoy. The Minister said that the work has to correct “a difficult anomaly to justify” such as the lack of railway connection in the T-1 of El Prat.

The holder of Land has also advanced that the project will “break the monopoly Renfe commuter system in the Barcelona area”, with the entry of competitors in a contest to choose the construction and infrastructure management. “This is a political objective of the Government and I hope shared with the state government. We will open the project to other operators that can guarantee quality service,” he said.

According to studies by the Generalitat, between seven and nine million passengers annually use the infrastructure, most of which are currently users of private car and taxi. The shuttle train service will end the conventional suburban, so far linking the center of Barcelona with the T-2 from Barcelona airport. The connection between the two terminals will be through the line 9 of the Barcelona metro, which reach the airport in 2016.

The layout of the shuttle train will use the existing drawing commuter connection to the airport. Technicians Territory and Sustainability estimate that the train will connect the T-1 with the Sants station in 17 minutes, which will become 23 minutes to reach the station Paseo de Gracia, and believe that users will have four trains each hour, which represent increase the current schedule of commuter.