The 4 cultural trips that you should do throughout your life. 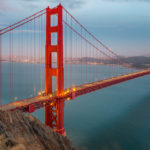 Next we will advise you four trips that you should do. Alicante Airport has many destinations in which beauty floods its culture. Flights to enjoy first class architecture and art.

First we will talk about the nearest, Granada and its Alhambra. One of the great beauties of the south of the Iberian Peninsula occupies the sixteenth place of the world and the sixth of Europe.

The Alhambra really is a city within another city formed by palaces, gardens and a fortress. It presides over the Andalusian town at the top of the hill of Sabika and from the outside one already contemplates its majesty.

This Monumental Complex is made up of several areas: the Alcazaba, the Generalife Nazaríes Palaces, the Justice Gate, the Presentation Hall, the Carlos V Palace, the Alhambra Museum and the Calle Real among many other characteristic places.

In second place we locate the Vatican City. We can not forget the Sistine Chapel of St. Peter’s Basilica.

It is known for what we find inside, the works of Michelangelo throughout the vault. And it was built in 1473 by the architects Baccio Pontelli and Giovanni deDolci of Renaissance style.

But inside we do not only find paintings by Migue Angel, we also see paintings on its walls by Sandro Botticelli, Pietro Perugino, Pinturicchio, Domenico Ghirlandaio, Cosimo Rosselli and Luca Signorelli.

In third place we find Machu Pichu, in Peru. In the Peruvian Andes is the Lost City of the Incas. A natural landscape that contains one of the most important archaeological sites in the world. Machu Pichu is a World Heritage Site since 1983 and in 2007 it was declared one of the “new seven wonders of the modern world”.

It is accessible by rail and you can stay nearby, as it is a very active tourist area with hotels and restaurants to rest. Once inside Machu Pichu we can distinguish an agricultural area and another urban area in which to discover how they developed in these ancient civilizations.

Finally and fourthly we advise the trip to California, San Francisco. In this peninsula of the United States is the Golden Gate Bridge, whose strait that crosses also receives that name.
It was built in 1933 and has a length of 1280 meters. But its real attraction lies in the resistance and flexibility without losing the elegance. The steel forms the whole structure. This is thanks to its engineer Charles Ellis and its designer Leo Moissieff, since they had to them a rule of calculation and a calculator to solve the problems of weight and tension to the ones who were confronted when building this marvel of modern architecture.