How do you know which airport choose to travel to London? 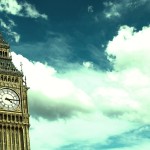 Most major cities have several airports and can be difficult to find the ideal airport for the trip. In some cities like Paris, the choice is often limited to one or two major airports (Le Bourget in the case of the French capital), while in other cities the number of airports is higher.
London is one of the busiest airports in Europe due to the influx of private jets, and is surrounded by 14 airports. Therefore, if you are not sure where to go to enjoy Buckingham Palace, or for a business meeting in town, do not miss our article on choosing which airport to travel to London.

How to choose the airport for the trip to London?

Choosing the best airport in London depends on several factors, typically including:
– Geographical location: the top priority of most travelers is to save time, so they prefer the airport closest to their destination.
– Opening hours: for those wishing to travel late at night or early morning, the airport’s opening hours are important because all terminals are not open 24h / 24.
– The length of the track: all airports are not designed to accommodate all types of aircraft, some of them have, for example, restrictions on the size or weight of the unit.
– Possible special needs: this may include medical flight, traveling with pets or the possibility of offering a Wi-Fi for travelers.

To help you decide, we have taken into account these factors to determine the 3 most popular airports to travel to London.

Luton Airport is located in North London. It houses three private terminals.
Opening: 24/24
Track length: 7086 m – unrestricted
Highlights: is the busiest airport in the UK, with 27,718 movements in 2014.

Farnborough Airport is located in southwest London. The design of the control tower is very different from the ordinary, and the airport appeared in several films including Quantum of Solace, James Bond, and Origin.

Highlights: has a unique design with a slender control tower, hangars with characteristic lines and elegant devices, which makes it an interesting option to impress a business client or for lovers of spectacular structures.

At the heart of the city, the London City Airport offers passengers and pilots a great view of the business and historical monuments in London.

Highlights: the view of the British capital is impressive, which has placed him in the top 10 most beautiful airports in 2015.